Emmy-nominated costume designer Michelle Cole, who designed all the looks for ABC’s “Black-ish” and Freeform’s “Grown-ish”, wants to make one thing clear: Yara Shahidi and Zoey Johnson are two very different people. Shahidi, who has played the charming eldest daughter Johnson on “Black-ish” since 2014, reprises the role of Zoey – now a college student at Cal U – in the spin-off series. “Grown-ish” sees Johnson grow into an adult with a budding career as a stylist.

“It’s always a question of who does it [Zoey Johnson] do you want to be that day? It’s a mismatch, but it’s so damn cute. “

In real life, Shahidi is an actor, activist and fashion fixture on the red carpet. Designed by Jason Bolden, she is known for her sophisticated yet wearable looks, from the trench coat she wore at the Dior Fall 2022 show to the electric green midi dress she wore at the 2021 Emmys.

Zoey’s “Grown-ish” wardrobe differs in one important way: it’s quirky. “Zoey has been at the center of the show for the past four seasons, which has allowed me to have a lot of space with her character,” Cole tells POPSUGAR. “When I’m styling for Zoey, she doesn’t have a defined look; she loves playing with clothes, since her character is working to get into the fashion world. I can do the plaids and whimsical prints. It’s always a question of who. Does it want to be that day? It’s a discrepancy, but it’s so damn cute.

Cole has been working with Shahidi since the latter was 13 and they have developed a relationship that enhances the collaboration process. “She’s always had input, but now that she’s grown into a powerful and professional young woman, she has even more input, so she never wears anything she doesn’t like,” says Cole of her working relationship with Shahidi. “But there’s no ‘Oh, I have to wear this’ attitude. Decisions are more driven by what the character would wear and her specific style.” 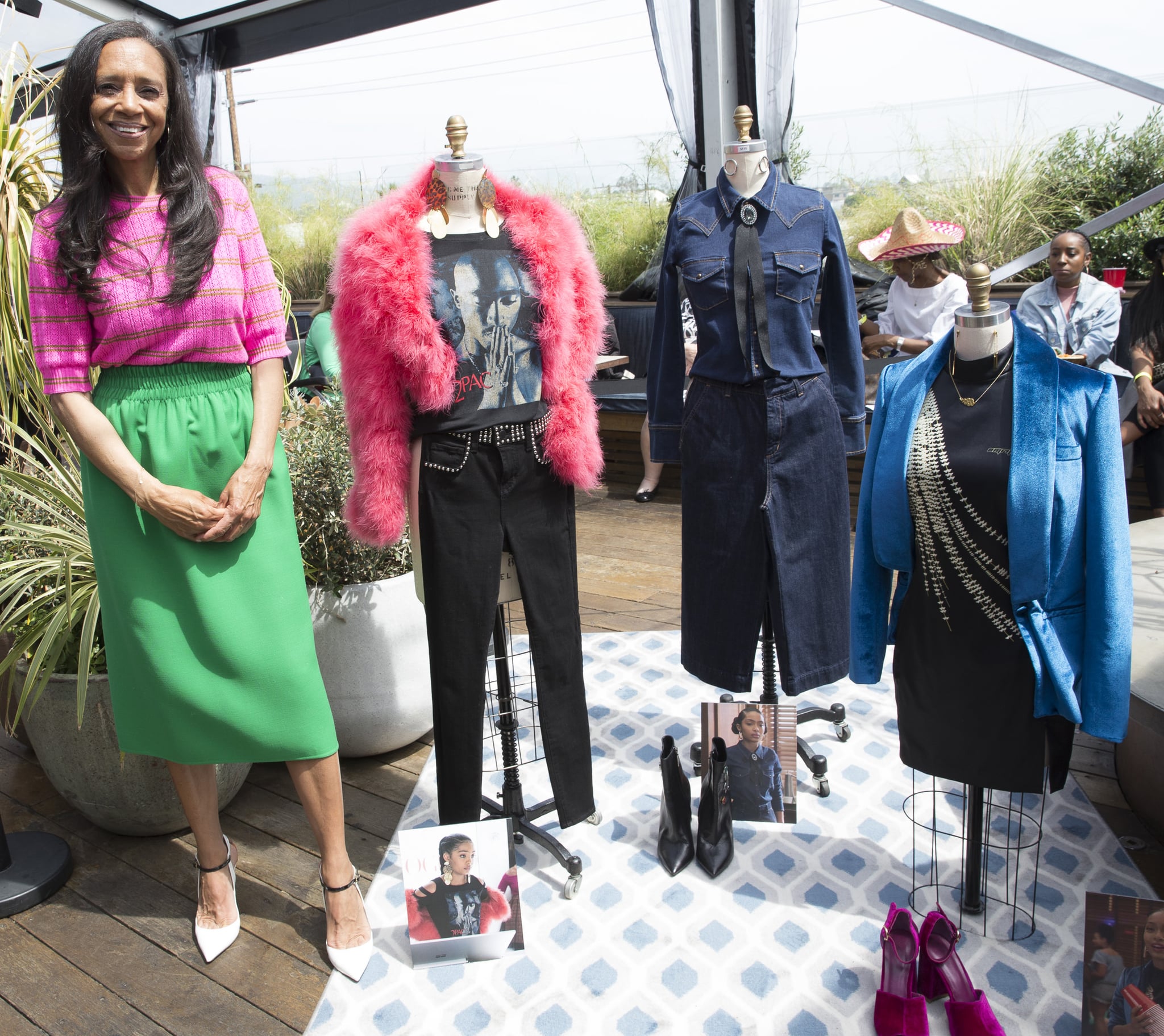 Cole also collaborates with other creatives on the set and especially praises the beauty artists for helping to bring each outfit to life. “In terms of what makes some looks more memorable, I have to provide props to the show’s hair and makeup teams,” she says. “They’re so thoughtful and purposeful with every single look. It’s more than just the outfit – they really tie everything together. It’s the complete package that makes looks so special.”

Together, they work on more than 100 outfits for the show, with Johnson alone wearing seven to 10 per episode and roughly 18 episodes in one season. Cole also dresses the entire group of college friends, including Nomi Segal (Emily Arlook), Ana Torres (Francia Raisa), Luca Hall (Luka Sabbat), Sky and Jazz Forester (Halle and Chloe Bailey), Vivek Shah (Jordan Buhat), Doug Frederick (Diggy Simmons) and Aaron Jackson (Trevor Jackson), each of whom have their own distinctive brand rotation.

While it’s tough, Cole finds the job rewarding and is looking forward to Season 5. He is also available to review the DMs of emerging designers who would like to be present next season.

Next, take a rundown of each character’s “Grown-ish” style, then check out the best fashion moments from the Emmy-nominated series so far, according to Cole.