The Vicar Of Dibley actress, known for her signature brown bob, revised her look during the coronavirus lockdown when she revealed her new pixie cut and natural gray color.

The 64-year-old comedian took it one step further and transformed her look again with a new hairstyle.

She shared a photo of the upper half of her face as she enjoyed her spring walk over the weekend.

Opting for a more relaxed look, Dawn tied her braids into two bunches of braids and posed in the middle of a field surrounded by flowers.

It comes after the TV star shared a snapshot of her positive lateral flow test last week. 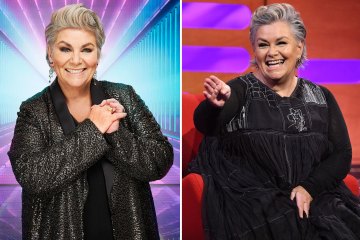 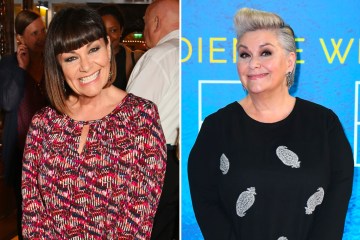 The star was inundated with messages from Get Well Soon. Comedian fellow Matt Lucas said, “I wish you a speedy recovery.”

Earlier this year, Dawn revealed why she cut her signature bob and let her hair turn gray.

Dawn told Good Housekeeping magazine that the change came when she lost her enthusiasm for dying her hair at home.

The actress, who is the cover of the April issue of the magazine, said she then decided to “let her natural gray pass”.

“The real trigger came during the lockdown when I was dyeing my hair myself, and I couldn’t worry about continuing to do it,” she said.

“I let my natural gray run through,” continued Dawn, adding, “I even cut some myself – to my hairdresser’s alarm!”

The star said she has occasionally struggled to style her latest look, after years of sporting her signature brown bob in The Vicar of Dibley.

“The plan is to make her grow back like my old hairstyle,” concluded Dawn, admitting she was curious what the “strong gray” bob would look like.

It comes shortly after Dawn joked that she is transforming into the late ghost hunter Derek Acorah after hugging her natural gray hair.

She told her fans: “Getting lighter a little at a time to happily welcome the gray … with an undercut surprise! Hello, woman in her sixties …”.

Meanwhile, the comedian also recently confirmed that the hit series French and Saunders would not return to the screens, despite Jennifer having twisted her arm.

Speaking in a YouTube interview with Sarah O’Connell, the Walk The Line star said, “We both have the same tattoo, which we got on the last night of our double act.

“We were on tour in Auckland, New Zealand, and we knew we would no longer be touring with our double act. I mean, you know, I’m saying that here and this happened many years ago.

“I’m done with that. Done with the double act part. I’m not done with her. There are many things I would like to do with her.

“But doing sketches on television, I think we’ve had our moment with it. . . even if he’s trying to get me to do more.

Do you have a story for The Sun Showbiz team?