Cosmetics have been used since the beginning of civilization and products have been made from natural compounds including flowers, milk, seeds, fruits and vegetables, along with minerals. Cosmetic products are mainly used to cleanse, perfume, beautify and prevent body odor. Many ingredients used in cosmetic products help develop complex formulations that can improve different aspects of the human home, including disease prevention, beauty enhancement, which is related to building self-esteem.

Several beneficial effects are promoted regarding the use of biomolecule-rich substances in product formulations that are applied locally. These are considered useful in cosmetic and therapeutic contexts. Consequently, biochemistry in the cosmetic industry is required to develop safe and potentially beneficial cosmetic products for the end user.

In cosmetic products, there are several biomolecules that could play an important role in preventing immune responses on the skin or in the preservation of ingredients in cosmetics. In fact, the chemicals found in cosmetics can produce harmful effects to combat allergic reactions. There are several beneficial effects promoted by the incorporation of lipids, polysaccharides and proteins. 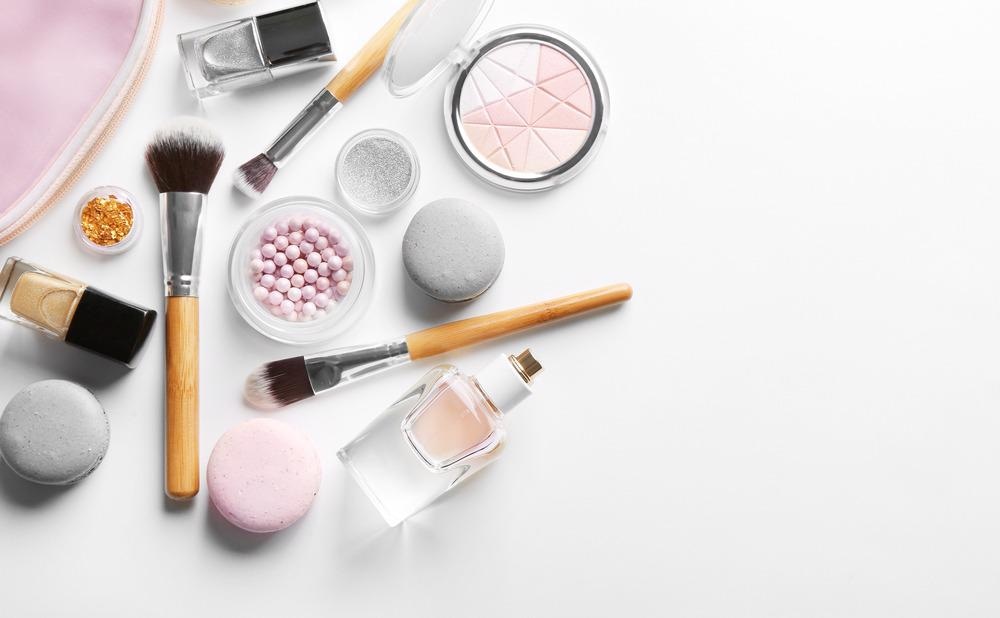 Vegetable oils are a rich source of fatty acids and are used successfully in cosmetic products. Chemically, they are a combination of triglycerides, composed of saturated and unsaturated fatty acids. These fatty acids are used in the components of cosmetic formulations marketed for daily face and body care. A deficiency in fatty acids can cause excessive dryness of the skin and other health problems.

Vegetable oils prevent water loss through the skin by producing a protective layer on the epidermis. They also soften the subcutaneous layer and reduce inflammation. They are also essential in the synthesis of cell membranes or in the production of prostaglandins and prostacyclines, which are part of the eicosanoids. In the absence of these fatty acids, vascular fragility increases, with a concomitant reduction in immune function that compromises the coagulation process as well as increasing the likelihood of developing atherosclerosis.

The strongest cosmetic activity is found in unsaturated fatty acids which contain triglycerides. For skin care, the most important omega acids include omega-6 and omega-3 fatty acids such as linoleic acid (ω-6) and α-linolenic acid (ω-3). These improve eczema. Furthermore, both oils can be incorporated into the cell membrane, shutting down the regeneration of the damaged lipid barrier of the epidermis. They also serve to limit water loss.

As a result, unsaturated fatty acids can produce a healing effect on many skin conditions such as skin inflammation. They are often used as a base for cosmetic milks and creams, hair conditioners, cosmetic masks, lipsticks, bath products and nail polishes. Furthermore, compounds with high biological activity such as vitamin A, D, E hormones, steroids and phospholipids can be dissolved in fatty acids.

The various vegetable oils used are also used as excipients in cosmetic formulations; a range of phospholipids is appropriate for use in cosmetics and pharmaceuticals as a vehicle for therapeutic substances such as liposomes. Liposomes are used to deliver proteins and amino acids to the skin. They are small spiracle-shaped vesicles that are often composed of cholesterol and other phospholipids.

They differ in composition, size, surface properties and method of preparation which determine how stiff or fluid they are. They play a role as a carrier of cosmetic materials and as an active agent. In conditions such as eczema or dry skin, empty liposomes interact with the skin’s lipids along with carbohydrates and proteins to rejuvenate it and improve its defense functions.

The use of proteins in the care of cosmetics has been used since ancient times, for example the use of camel milk in Eritrea. In skincare, purified amino acids such as threonine, alanine, asserine and pyroglutamic acid are popular for their high moisturizing potential due to low lipophilicity that remain on the skin’s surface and act to bind water. The use of proteins is interesting in cosmetics as they provide high potency at low doses, are rapidly eliminated from the bloodstream and have characteristics and properties very similar to endogenous molecules.

Since proteins have poor penetration, short peptides are often attached to fatty acids to enhance this penetration by a factor of 100-1000, which helps to achieve wrinkle reductions and other cosmetic effects even at picomolar concentrations.

Matrichines, peptides produced by the breakdown of structural proteins such as fibronectin, collagen and elastin, are useful for matrix regeneration if they are able to stimulate the production of these proteins together with glycosaminoglycans. This subsequently confers compactness and thickening to the property.

The peptides are also able to modulate the synthesis of melanin in melanocytes by stimulating or inhibiting the production of melanin to accelerate the tanning rate. Proteins are also used in skin lightening and toning products. Other properties include the stimulation of lipolysis for slimming effects and anti-inflammatory properties as a product of the reduction of cytokine secretion on neuronal activity.

Peptides such as Biotinyl-Gly-His-Lys can be used to stimulate hair growth and prevent hair loss as they can stimulate the production of collagen IV and laminin V, which are key structural proteins. However, the use of proteins is limited by their limited solubility, bioavailability, toxicology, stability and penetration.

Most of the protein derivatives useful for cosmetics are derived from simple proteins, both fibrous and globular. Animals, such as mammals and fish, as well as plants such as angiosperms, can be used for the extraction of proteins for cosmetic ingredients. However, proteins taken from organisms such as algae and fungi have become more important.

Additionally, the high molecular weight proteins from wheat, rice and potatoes are used in skin tightening products. In addition, collagen, extracted from cattle, fish skin or fibronectin, is used as a natural film formation, and water-binding molecules are also used in cosmetics.

Proteins in the form of enzymes are used in skin care products to prevent acne and acne-like conditions such as pimples and blackheads. These include lactoperoxidase and glucose oxidase. Proteins are also used in face masks in the form of insoluble fibrous collagen. They provide temporary hydration and increased skin smoothness.

Native proteins and hydrolyzates have a high molecular weight and are used in skin care for film formation. Soluble collagen and dexamidocollagen are examples of these which form a continuous colloidal film on the surface of the skin to give a feeling of smoothness and softness.

Polysaccharides contain polyhydroxyl groups and interact strongly with water. They can provide several properties; in personal care products; they are used as thickeners and stabilizers (eg xanthan gum, cellulose) or as moisturizing or moisturizing agents (eg hyaluronic acid and guar derivatives).

Hyaluronic acid has recently become a component of subcutaneously injected cosmetic treatments, such as fillers. Furthermore, polysaccharides derived from gram-negative bacteria such as Klebsiella pneumonia they are used to improve cell renewal and improve skin hydration.

Many ingredients use the complex formulations of cosmetic products to improve the quality and texture of the skin and hair. The use of biomolecule-rich substances is used as evidence of the beneficial effect of formulations of different types of topical products, with some scientific evidence.

Recently, interest in new bioactive compounds as ingredients in cosmetics derived from natural resources is on the rise. This is due to the perceived negative consequences of fragrances, preservatives, emollients, emulsifiers, chemically synthesized acrylates, which can sometimes be dangerous.